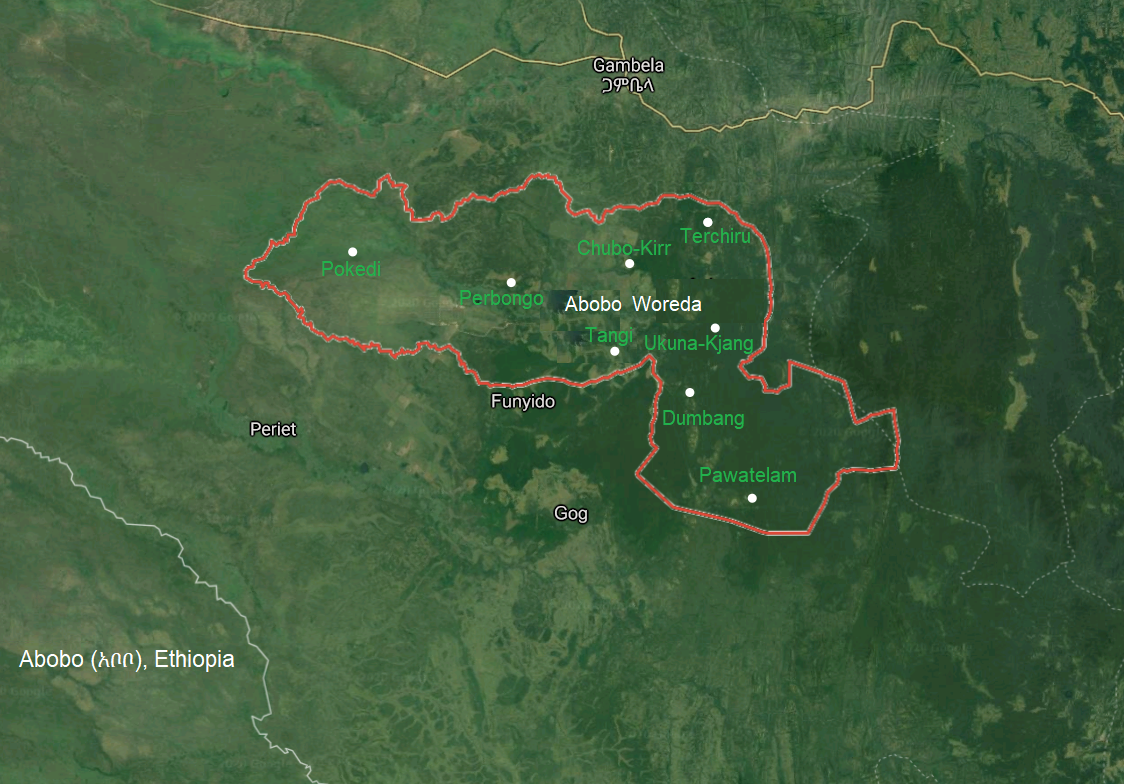 Abobo (አቦቦ) is one of the districts (woredas) in the Gambella Region of Ethiopia.

Abobo (አቦቦ) is the home of late King Gilo Odiel (Gilo-Waralaw) and his son prince Ojwanga Gilo, a Korean War veteran. It is the heartland of Anywaa Zone farmland and Anywaa kingdom. The terrain of Abobo is dominated by comparatively high ground extending on a Southeast-Northwest axis; the elevations range 400 – 600 meters above sea level. Major bodies of water in this woreda include Lake Alwero. Around 20% of the woreda is forest. A notable landmark is the Gambella National Park, which occupies the land west of the Pinyudo - Gambella road.

The economy of Abobo is predominantly agricultural. Estimated road density is reported to be between 5.1 and 10 kilometers per 1000 square kilometers.

Abobo is believed to have major gold resources. The Water and Mines Resources Development Bureau of Gambella was initiating a program that would drill newer manually operated wells, newer deep-water wells, and develop more springs. This would provide access to drinking water for 10,000 inhabitants, increasing coverage for the district (woreda) and Kebeles.

Abobo has about 19 Kebeles, 6 of them are the homes of resettles. The following is the list of the Kebeles in Abobo Woreda.