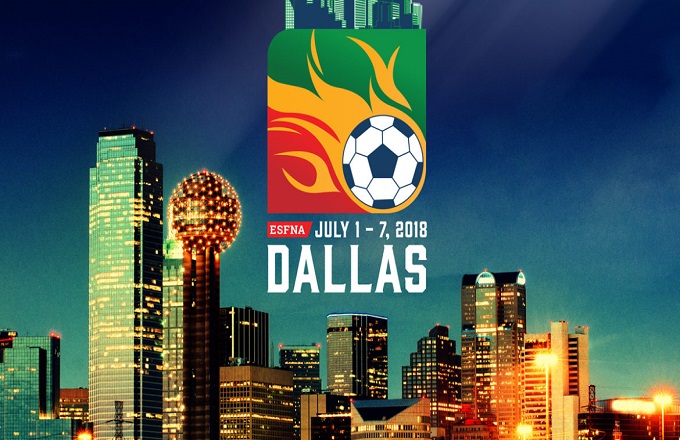 June 01, 2018 (GCDC) - The Ethiopian Sports Federation in North America (ESFNA) has voted not to accept Prime Minister Abiy Ahmed’s desire to address Ethiopians in North America during the Dallas tournament in July, but request it to be at a future tournament.

After days of deliberations regarding the request from H.E. Prime Minister Abiy Ahmed delivered by the Embassy of Ethiopia in Washington, D.C., the ESFNA Board of Directors have voted not to accept the Prime Minister’s desire to address Ethiopians in North America during the Dallas tournament in July, but request it to be at a future tournament. There were multiple pressing factors that led the Board to postpone the invitation, most importantly:

ESFNA is cognizant of the wave of change occurring in Ethiopia. Our hope is these reforms continue and become more participatory of every stakeholder of the nation. ESFNA is acutely aware of the energy and vigor with which the Prime Minister is harvesting from the Ethiopian people. We encourage everyone, including Prime Minister Abiy, to continue to engage with the Ethiopian community through peaceful dialogue so that current and future generations of Ethiopians will continue to come together.

It is our hope that the office of the Prime Minister and ESFNA will have an opportunity to revisit this outstanding invitation at a later time.

In conclusion, we would like to thank our fellow Ethiopians from across the world who e-mailed, called and used every form of media and social networks to voice their opinions on the letter of request.

We hope to see you in Dallas this summer. (ESFNA)