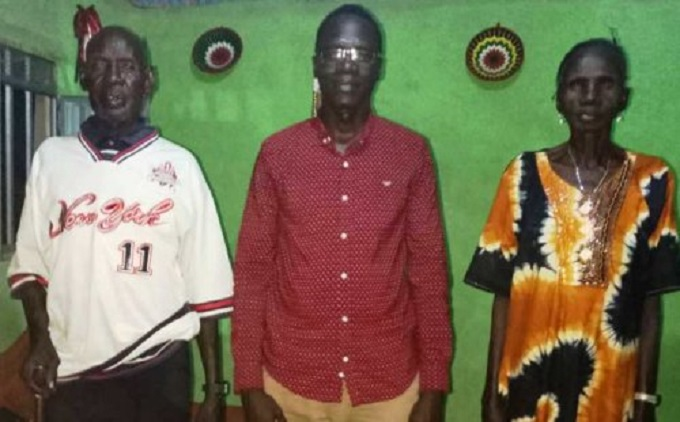 Dak in a speech he delivered during a thanksgiving prayer which he organized in Gambella, Ethiopia, to celebrate the release of his son, Dak, also called for peace in South Sudan, adding that it is his prayer that the recently signed revitalized peace deal in the neighboring country should hold.

The 82-year-old narrated to thousands of invited church leaders, youth and choirs and relatives, friends, who gathered at the event, how he himself identified Bilpam in 1975 and showed it to Anya-Nya 2 leaders who initially established it as a base before the SPLM/SPLA was born in 1983 under the leadership of late John Garang de Mabior.

“After the [Addis Ababa] agreement [of 1972] failed, four people decided to rebel again. These were Vincent Kuany Latjor, Michael Latjor, James Tap Liah and Bol Kur. They came to Ethiopia and asked the former Ethiopian government to host and assist them. They were told to go to a village called Puldeang to meet a man called John Dak in a church to show them where to settle,” recalled the event after 44 years.

He said the four officers traveled to his village near the South Sudanese border to meet him and identified the site for them which became the historical General Headquarters for Anya-Nya 2 and then SPLM/SPLA.

“The four men came and stood in my garden behind my house. They asked for me. I came to them and we talked while standing in the garden. They said they were told to come to me so that I could identify a site for their would-be base,” further narrated.

He also recalled that he initially proposed two sites the four men should choose from; one called Chotkuach and the other called Bilpam.

“I pointed to two locations, Chotkuach and Bilpam. They spent the night at my house. The following day I took them to see the first site called Bilpam because it was hilly forest and closer to my village. They liked it. They said we are too Christians and we want you to pray for this place. I prayed. After I prayed they also asked me to cut the first tree [before they could clear the area]. I cut the first tree. They went back to Itang and came back with 50 soldiers. I gave them a bull for their immediate feeding. This is how Bilpam was established,” said .

, who has eleven children: seven sons and four daughters, said the SPLM/SPLA led by John Garang came in 1983 and dislodged the Anya-Nya 2 from Bilpam, hence taking over the area as their General Headquarters. He, however, remained friendly to the new liberation movement.

He became a good friend to Chigai Atem, who was the administrator of Bilpam under the leadership of late John Garang and supported him by contributing cattle and other local food items from the village for feeding in Bilpam.

His son, Dak, who later on became the official spokesman for the former first vice president, Riek Machar, was abducted in Nairobi, Kenya, in November 2016 and deported to the South Sudanese capital, Juba, in a move condemned internationally by human rights bodies and the United Nations. He was released on November 2, 2018, in accordance with the IGAD’s mediated revitalized peace agreement signed between South Sudan’s president Salva Kiir and Machar, leader of the Sudan People’s Liberation Movement – in Opposition or SPLM-IO.

expressed happiness that his son survived the ordeal after many of his family members previously lost their lives during the liberation struggle.

“It is my prayer and hope that this peace in South Sudan should hold,” he said.